AMHERST — From pills to powders, from grapefruit diets to weight-loss systems based on blood type, there are hundreds of diet programs on the market. Amid what can be a confusing sea of choices, selecting the right one can be overwhelming.

In Amherst, Jeanette Wilburn and Stephanie Friedrick, a registered nurse, teamed up in October 2011 to open Amherst Ideal Weight Loss at 379 College St., where they offer what they say is an effective and healthy approach to shedding unwanted pounds. Wilburn said the Ideal Weight Loss program emphasizes sensible and controlled weight loss, followed by healthy, stable and sustainable weight maintenance.

“We wouldn’t be promoting a protocol that focused only on weight loss, it has to promote health as well,” Friedrick said. “We advocate people taking charge of their own health and we teach them how to do that through a healthy diet, not by prescribing drugs,” she said.

The program used at Amherst Ideal Weight Loss is called Ideal Protein, which is a relative newcomer to the United States that is making its mark on the weight-loss scene. Similar to other programs, it involves both use of a weight-loss product, and a protocol for behavior changes involving one’s approach to eating.

The Ideal Protein protocol was created by Dr. Tran Tien Chanh, who was initially a general practitioner before specializing in sports medicine, according to the organization’s website. Over time, he became interested in nutrition and obesity-related issues, particularly illnesses associated with being overweight, such as type II diabetes, hypertension, elevated cholesterol and triglycerides, sleep apnea and acid reflux.

While the program has been in Europe for the past 20 years, it has only just begun to make inroads into the North American market.

Since Amherst Ideal Weight Loss opened in 2011, its owners say it has gained a following of clients in the Valley, recently opening a second location in Ludlow. Wilburn says the business currently has about 100 clients.

Frederick said when she was working at Brattleboro Memorial Hospital in Vermont in 2010, she was seeing a lot of people who were overweight and suffering from associated ailments.

At the same time, Ideal Protein opened a clinic across the street from the hospital, and several doctors, nurses and administrators signed up for the program, Friedrick said.

After scrutinizing the protocol, Friedrick and her colleagues began recommending Ideal Protein to their patients who had or were at risk of high cholesterol, high blood pressure, high triglycerides and diabetes due to carrying extra weight.

Friedrick consulted with Wilburn, her good friend and soon-to-be business partner, and the pair decided to open their own clinic in Amherst.

“We are a great team,” said Wilburn, who has been a chiropractor since 2003. “I deal more with prevention and wellness and Stephanie is the medical half of the team.”

Both women work at the clinics full time, and Friedrick works per diem at the Brattleboro hospital. The clinic has no other employees.

Tony Maroulis, executive director of the Amherst Area Chamber of Commerce, is among the center’s clients.

With a job that involves attending a multitude of business functions involving food, Maroulis says he was skeptical about finding a program that he could successfully work into his life. Once in the program, however, he said it was reasonable and simple to follow.

“This has actually been a really easy process for me. For someone who likes to eat, it is the easiest thing that I have ever done and I have to say, it’s been fun,” he said.

Maroulis said a health scare motivated him to make healthy changes in his life, prompting him to look into the program.

“The results were very impressive. The first 30 pounds came off really easily,” he said. “It is also really easy to stay on. You get back to greens and vegetables and good foods and it is very enjoyable,” he said.

Wilburn says that the Ideal Protein company is strict about who can open a clinic, mandating that medical professionals are on board to oversee client charts.

The program works in four phases, which include setting goals for weight loss and developing a plan for weight stabilization and post-diet living.

“Our clients meet with us once a week for private 15-minute appointments,” Wilburn said. “This not only provides them with accountability, but also a private diet coach to help them learn about their body and about healthy eating, so when they reach their goal, they are prepared and ready to eat well,” Wilburn said.

Neither the program nor its foods and supplements are offered online or in stores.

An up-front fee of just over $400 gains entry into the program, provides consumers with 11 days worth of food, and covers weekly coaching sessions until a goal is reached. Wilburn estimates that clients will spend roughly $80 a week on their foods, but notes that once on the program, they are also spending far less at the grocery store.

Holiday Season Cheer? ( NOT so much) 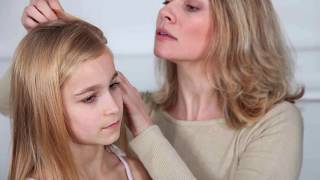 5 Reasons You Want Tea Tree Oil in Your Medicine Cabinet